From the moment you cross the threshold of The Lygon Arms, and look up, you know that you are passing back in time.  For there, on the arch over the front door, is carved the name ‘John Trevis’ and the date ‘1620’.  Who he might have been we can only guess; the owner, the stonemason, or perhaps, a local benefactor who wanted his name preserved for posterity, and 400 years on, it certainly has!

However, documentary evidence from 1377 indicates that a coaching inn stood on this site long before the current Tudor building.  Further evidence of a medieval past is suggested by its then name: ‘The White Hart’, since the hart – a stag – was the personal symbol of King Richard II (1367-1400).

Far more is known about ‘The White Hart Inn’ in Elizabethan times, when coaches plying the highways twixt London and Wales, required a change of horse and much-needed accommodation and victuals for the travellers.  Although, it remained an important coaching inn into the 17th Century and beyond, it was the English Civil War (1642-1651), initially fought between Charles I’s Royalists (or ‘Cavaliers’), and Oliver Cromwell’s Parliamentary Army (the ‘Roundheads)’, that would provide ‘The Lygon Arms’ with its place in history.

The Hotel’s guest book is a ‘Who’s Who’ of the great and the good, but as it became known for its charm and luxury, it attracted politicians and the odd prime minister, along with stars of stage and screen, including ‘Queen of the Movies’ Mary Pickford, Oscar-winner Sir Michael Redgrave, and Elizabeth Taylor and Richard Burton during the height of their affair in 1963.

Building on its 650-year history, present owners, the Iconic Luxury Hotels Ltd, continue to blend the old with the new, so that guests get to sense they are part of its past, present…and future. 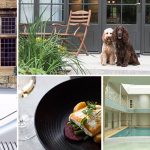 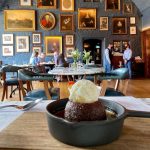 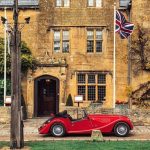 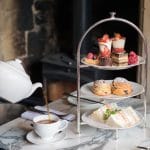 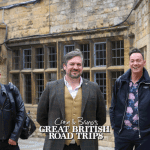