Queens Hotel was opened on the 21st of July 1838, named in honour of Queen Victoria whose coronation fell in the same year. While she has predominantly retained her purpose as a fine hotel, gratified by the visits of such eminent figures as General Sir Charles Napier, Edward Elgar and Sir Arthur Conon Doyle, she has also served as a social refuge for women in WW1 and a military hospital.

The hotel has been listed as a Grade II English Heritage building since 1955. It retains many of its original features including the wallpaper designed by Pugin, a key figure in nineteenth century architecture and design. Guests will also be delighted to encounter the hotel’s towering Georgian staircase, drawing guests upward over the remarkable crowned glass roof.

Renamed Queens, the entire hotel has recently undergone a complete restoration in 2015, revitalizing her timeless richness, and reimagining her comforts with the latest technologies in preparation for a new chapter in her majestic history. The hotel is part of the Accor Group and part of the Mgallery storied boutique hotel Collection 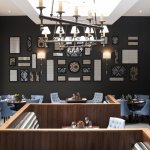 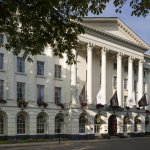 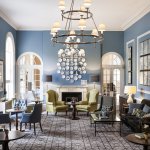 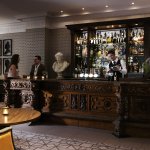 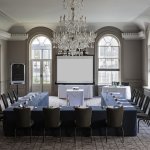 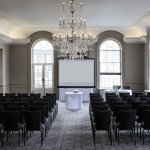